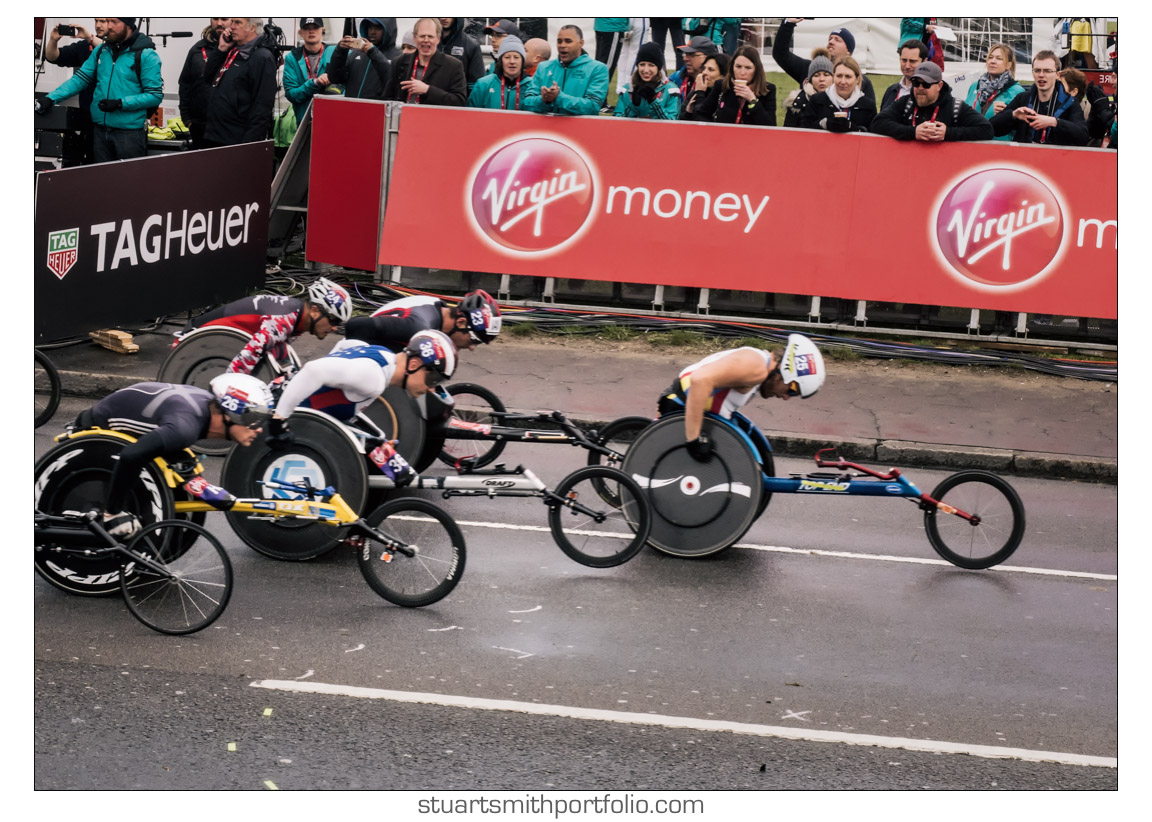 London Marathon pictures reflecting on the drama, tension and fun at the start of the 2016 event.

Despite the freezing cold, the race began with bold bravery. The elite athletes from the wheelchair, ambulant, women’s and men’s groups led the way. Next came tens of thousands of general runners. Many raising money for good causes. Some serious in the athletic ambitions.  Others sacrificing, perhaps, their quickest times to deliver a sense of fun and gain more visual attention for their cause. The London Marathon pictures following, reflect on the different aspects of the build up in tension and start of the Virgin Money 2016 London Marathon.

Spectators were not left on the sidelines at the start either. A community choir and dance show with acrobatics and fire-juggling helped keep the chill away and the crowds entertained. Whilst runners and race officials prepared for the start.

This site uses Akismet to reduce spam. Learn how your comment data is processed.